klutzy_girl
Close Encounters of the Celebrity Kind
Have you ever met a celebrity in real life? Who was it and how did your paths cross?
Reply 216
Does talking to one on their lj count? If so I spoke with Hayley Williams from the band Paramore. :D If not... Well...

They're not extreme celebrities but I still felt honored to speak with them.

Voice Actors
1) Quentin Flynn: I met him at an anime convention (acen) and even got a picture with him!. He told me my name (Mikayla) was beautiful. I gots me some chills I did. :'D

2) Geoff and Guss (AKA Grif and Simmons) from Rooster Teeth's RVB: Again, at another convention! We had to leave early before they would sign autographs-- so I just ripped out some Sailor Moon paper I had in my purse and they graciously signed it. XD

Music Composers
Martin O'Donnell and Michael Salvitori [The Composers of the Halo Soundtracks]: My father took me out to a video game concert for a daddy-daughter night and Mr. O'Donnell was there after the concert. I got to tell him how the music in Halo was what drew me too it-- which was true! I was in the 6th grade when the first one came out and I heard these beautiful monks singing. I followed them into my brother's room and took a seat. I was always extremely happy when a few particular songs played in game-play. He was so amazed and asked me if I was a musician and I told him I played the flute. A couple years later Halo 3 came out and I could have sworn there was a little more flute than there was in the previous sountracks...

Mr.Salvitori I met at a music event called PLAY where we learned all about how to sync music in the game, how it's important to get an idea of what the director wants, etc etc etc. I asked him if he would sign my Halo 1 soundtrack and he smiled happily when he saw I had already gotten Mr. O'Donnell's. =) It turns out he actually lives pretty close to where I do! His nephew goes to the same highschool that I did! Also, picccturee.

My Halo CD with all three signatures! The one in black is Mr.Salvitori's! The longer silver one is Mr. O'Donnell's and the shorter/smaller one is Mr.Haw's! <3 I'm not exactly sure who Jeff Haw is still, but I know Mr.Salvitori acknowledged him as being apart of Halo. I was just so Star-Struck (I really try not to be, but lets face it. I get Star-Struck.) I didn't really hear what he said he did! =x I love how sloppy Mr.Salvitori's is, he was laughing while he was writing it and saying how he couldn't spell 'love'. I don't even know what he was talking about, I just laughed with him. I think he thought I wouldn't be able to read it or he wrote a 'u' rather than a 'v' but those look the same so...Yeah. *giggle* Mr. Salvitori gave meh love. :D

Five-Finger Discount
Have you ever stolen something and gotten away with it? Did you feel guilty about it later?
Reply 219
One time, in like the first grade?, I stole a Mc Donald's ball out of the ballpit. When my mom and I left I pulled it out to show her, proudly. She demanded that I go return it... So I threw it and it bounced away.

I think it was orange.

Autumn Begins
Autumn starts today! How do you personally sense the change in seasons? Is Autumn more of a season in itself, or a transition period?
Reply 209

AUTUMN IS IN LOVE WITH ZUKO.

But in all seriousness? By the smell and the way the leaves change colors. :) Oh, and the colder climate is also a big indicator.

The X-Files Birthday
Today in 1993, The X-Files first premiered. What's your favorite episode? Have you ever experienced paranormal activity yourself?
Reply 217

Second, I don't think I could choose. =D Ice, Bad Blood, Hollywood AD, Irresistable, Orison, Dreamland, Release, The Gift, Beyond The Sea, Theef, Paper Hearts, How The Ghosts Stole Christmas, Folie À Deux, Christmas Carol/Emily/All Souls, How about the two movies?, Terms Of Endearment, Field Trip, Hungry, X-Cops, Arcadia, Triangle, Sein Und Zeit/Closure, This is Not Happening, Existance, Scary Monsters, and I have to love The Pilot and The Truth. Gotta. :D Really I love them all. The only one I really dislike is '3' or whatever BS that was. XD But yeah. If you let me I would list sooo many more.

Third, I covered that in my last 'LJ Writer's Block' post. ;D

Spirits
Do you believe in ghosts? Have you ever encountered one?
Reply 237
( Collapse )

Five years ago, an event occoured that changed America, and the world as we know it. People lost friends, lovers, children, and other relatives. Everyone here probably remembers exactly where they were when they heard about the attack, and their thoughts...When we all look back on these people and how they died, I would like you all to remember this:

It is not how these people died that made them heros, it was how they lived.

I saw that quote on America's Most Wanted for officers that have died on the line of duty, and I think the same applies for everyone who died in the 9/11 attack. Whether they were a fire fighter, or a police officer, or a person who brought down the plane in Pennsylvania,---Or even just someone who passed away in the attack. Each person was a hero to someone. I know if someone I loved had been in that attack, I could call them a hero, because somwhere along the line they taught me something to make me love them that much. You don't have to be extraodinary to be one.

So please, when you read this, have a moment of silence for all the heros that died. Also, please go on with your daily lives every time this anniversary comes up. I was sitting in class today wondering why everyone didn't have today off. I figured it out pretty quickly. It's because if we stop living and doing the daily things that we do, those terrorists win. That, and I don't think all of those who have left us would want us to stop living, just because they did. I'm sure they're much happier knowing that we're striving on.

Lets live for them.

[EDIT] And you know, lets honor those who did live. Those who helped in those attacks or escaped and lived to tell the tale. Lets remember them as well, okay?! Because I can only imagine what it's like for them every time this day hits.

Alright! So I'm leaving for vacation tomorrow! (To NYC!) I just wanted to say goodbye! Hopefully there will be internet there and stuff so I can update and tell you guys about my trip! :D

I am issuing a friends cut.

However, I do understand a few of you are on trips and stuff so if you do not comment I'll prolly keep you. 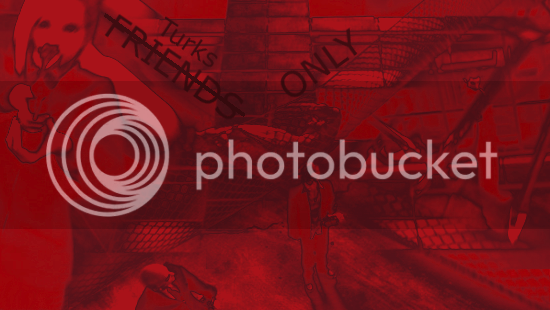 I made my journal friends only. If you want to be a friend just comment. n-n
Collapse